"Tough, darkly humorous, yet achingly vulnerable. A nail-biter of an ending."

"This terrifying,  powerful novel of child abuse and molestation is told by fifteen year-old Meredith as it is happening.

Her voice is whip-smart, self-aware and full of dry humor...

This novel is perfectly paced, the momentum never slowing as it races toward the inevitable showdown. Mature teens who enjoy realistic fiction with an edge will devour it."

​Such a Pretty Girl 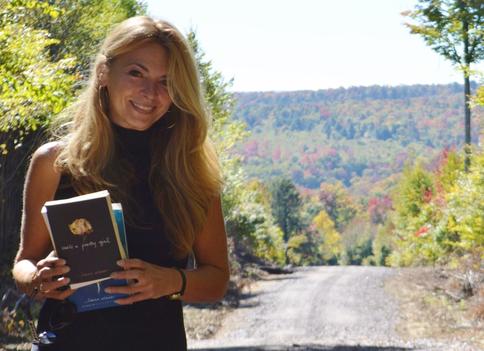 1.  Where did you get the idea for this story?

A.  A news show was doing a story about convicted child molesters being released from prison. If I remember correctly, one of the statistics quoted was that the average pedophile molests anywhere from nine to twelve children before he's caught. That number was considered more of a guesstimate than solid fact, as this type of heinous crime isn't always reported, and so some molesters destroy dozens of lives before they're caught.

Some go on for years, some forever.

Hearing this made me really angry and that initial surge of fury birthed Meredith, the main character in Such a Pretty Girl.

Then I started wondering how many sexual offenders never had to molest other peoples' children because  they were busy having and molesting children of their own. That thought, with all of its ugly ramifications, pretty much sealed the idea for me and launched the research for this book.

So that's how Such a Pretty Girl was born, in a flash of fury, frustration and an overwhelming need for Meredith, a girl stuck in hell but refusing to give up, to share her story.

Welcome to the Asylum

Such a Pretty Girl in audiobook,

and in Large Print

Is Such a Pretty Girl a true story?

Pretty Girl is fiction so no, Meredith and her story aren't real. With that said, based on research during writing the book (especially speaking with survivors of childhood sexual abuse) and the avalanche of reader emails that come in, I can say with certainty that yes, there are plenty of kids out there who told their moms about the sexual abuse and for whatever reason, the kids were hushed up, ignored and left to deal with it on their own.

So, while the Shale family is fictional, the extreme betrayal of a father molesting his children and the mother turning away and pretending not to see is not anywhere near as uncommon as we would all desperately like to believe.

And the child remains alone in the nightmare.

Buy Such a Pretty Girl at

and your local indie bookstore

was originally released by

Which means, you most splendid of readers,

Such a Pretty Girl celebrated

So thank you, from my heart,

for all of your emails,

the highly personal life experiences you continue to share

(which will always remain private)

and for continuing to recommend

to your friends, families, students, patients

and new generations of readers.

You guys are the best.